I have recently had the pleasure of making friends with a phenomenal Rapper from Taiwan who is the lead rapper in a group called JuzzyOrange. JuzzyOrange is a Underground Jazzy Hip Hop group formed by producer Krozz and beat maker Leeky in 2009. Since meeting Ziggy, he has shown me his work that he is rightfully proud of.

Ziggy is not just a Rapper but also a DJ that does various gigs throughout Taiwan. Below you can see the photo of Ziggy, the lead rapper of JuzzyOrange. Instead of doing a video today I decided to embed a music player with one of Ziggy’s vocals from JuzzyOrange called “Journey”. Just hit the play button!  I am sure you will like this song as much as I do! It has a very nice beat.

After listening to this song I recommend that you visit Ziggy and JuzzyOrange’s Facebook pages to “Like” them so you can always be updated with their new music! Also, check out their official website to learn more about JuzzyOrange. 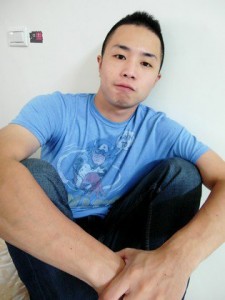